I’m from Moscow, ID and a few weeks ago my wife and I were spending the day in Spokane, WA. We were driving to the mall when I encountered a very strange intersection. There was a bridge ahead, so the upcoming intersection could not be seen. To compensate for this, the city of Spokane put up one of those “signal ahead” signs and some indicators to tell you the status of the upcoming light. I saw the warning indicator start to blink red so I started to slow down (for an intersection presumably 100 or so feet ahead).

This is confusing because a blinking red light is a standard US symbol for a stop sign. It was then that I realized that the signal ahead sign was not warning of some unseen intersection 100-150ft ahead, but of an intersection literally one car length after hidden by the shadow of the bridge.

It was at this point, decelerating but traveling at 31mph, that I decided that slamming on my breaks would only result in a dangerous stop with me in the middle of the intersection and that continuing through the intersection would be the safest course of action.

About a week later I get a ticket in the mail. Luckily, there’s a video so you can all see how strange this intersection is.

If you want to see the intersection in google maps you can type in “S Division and E Sprague Spokane WA” and go to street view. Something to note here is that a simple solution to this problem would be to put up signs displaying the distance to the intersection. Here’s a screen cap if you want to be lazy. 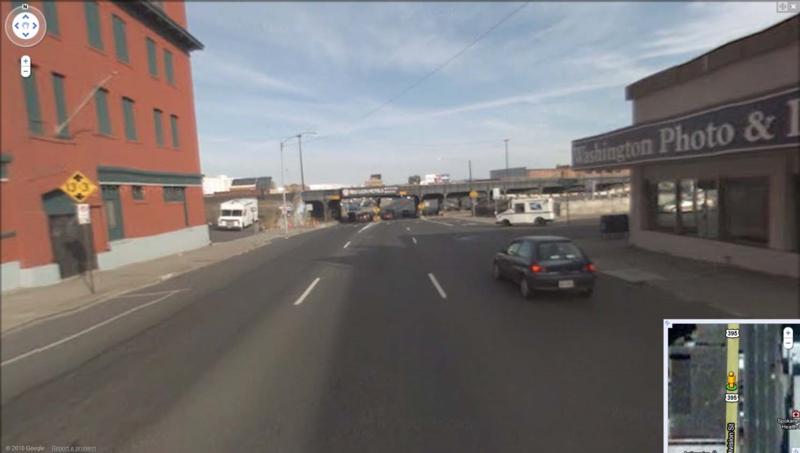 What are your thoughts? Is this as confusing as I’m making it out to be? How much should I be at fault for this?

This site uses Akismet to reduce spam. Learn how your comment data is processed.