I’m running a contest over at a modding site (thebestcasescenario.com) and we’re doing a grip mod challenge to win a falcon. I had a few grips extra and people have been a little slow on the uptake, so I decided to do my own grip mod.

I really love the pistol grip, so I decided that I would go with a similar design, but address the issue of ground clearance. I started off with a NES era joystick. 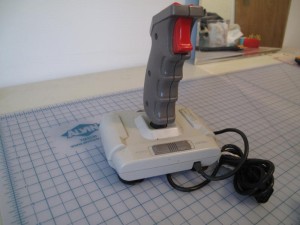 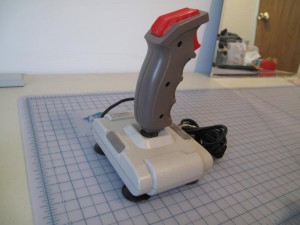 The basic plan is to take the existing grip, add two more buttons, wire the buttons onto the falcon PCB and make the thing solid and look good. I took the base of the joystick apart and removed the grip portion. I started to unscrew the grip, but the thing shattered. I guess this whole thing will have to be held together with glue. 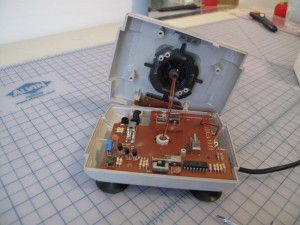 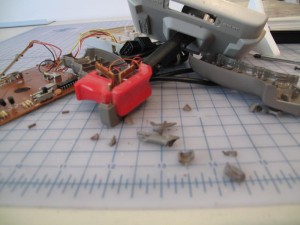 My camera died so I couldn’t take pictures while the battery was charging, but that doesn’t mean I wasn’t going to work on the thing!

I needed to add two buttons to the existing joystick grip. Because I’ve done some NES cases I have about a million NES controllers lying around. I got the buttons out of them and stole a power and reset switch from a computer case I have lying around and got the buttons working with the same satisfying click the NES joystick buttons have.

I soldered up all the buttons on the Falcon board. There’s no need to remove the stock falcon buttons, you can just add your own right on top. Remember, if you solder the leads diagonally you will always get a complete circuit when you press your button. 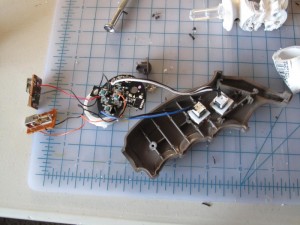 I then cut all the extra crap off the old grip. I don’t want it to look like it was ever there when I’m done, so I want it to be about as thin as the new grip. I’ll add some styrene plastic around the whole mod to dress it up and then I’ll paint it and maybe do some gunmetal stuff or something. (I don’t know I’ll cross that bridge when I get there!) 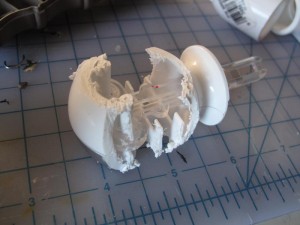 With everything wired in in the grip portion it was time to run the wires up to the part of the grip that connects to the falcon itself. I decided to go with PVC because I know it isn’t going to fall apart when I’m using it. The Falcon can pack a punch so the grip needs to be strong. 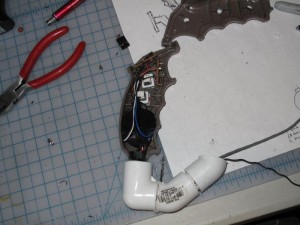 I then soldered the wires and glued the mangled remains of the original grip to the PVC. 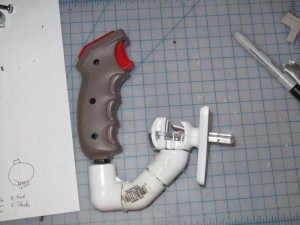 It’s not done, but it works. I did some play testing and it was obvious some things weren’t aligned properly. I’ve mostly got it fixed now. Tomorrow I’ll build a styrene shroud and get it prepped for paint. I’ll be finishing my GlaDos speakers too. Those have been waiting for far too long. I also have to make a video for that CoolIt contest. I really want an ECO cooler. Oh so busy! 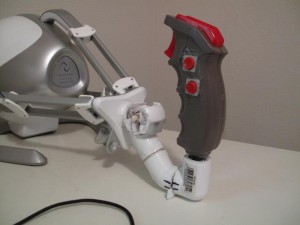 Finally, here’s a really quick video of me playing with the grip before I fixed the alignment issue.

This site uses Akismet to reduce spam. Learn how your comment data is processed.